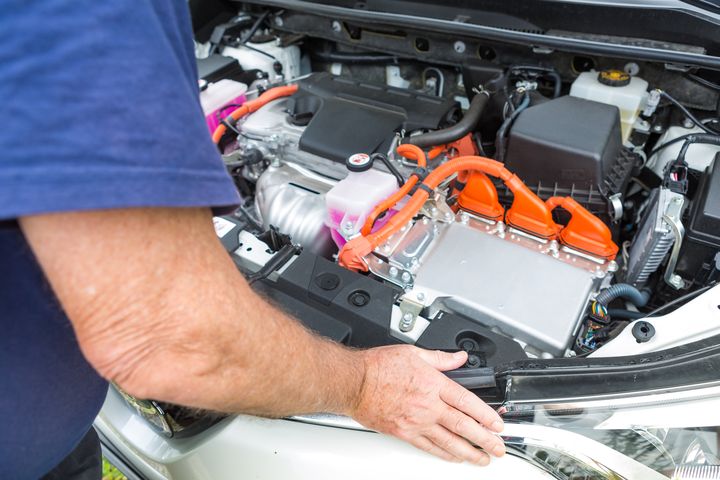 What Is a Hybrid Battery?

As you may know, a hybrid vehicle combines the functionality of a gas-powered motor and an electric hybrid battery. The battery is rechargeable and provides enough power to keep even a large vehicle running. Every major car maker, including Toyota, Ford, Honda, and BMW, offer hybrid vehicles in their lineups.

Hybrid vehicles offer the best of owning an electric car and a car run on fuel. They offer a very impressive fuel economy, and this is because of the hybrid battery that powers the car. An electric engine become much more functional when a gas-powered engine is added to it; these two components combine to produce the best efficiency and reliability.

A hybrid vehicle utilizes a 12-volt lead-acid battery and gasoline like a traditional vehicle while also pulling energy from an electric battery. The vehicle can switch seamlessly between power sources, so seamlessly, in fact, that the driver isn't even aware of the transition. When the driver presses the brake pedal, the electric battery recharges. This makes hybrid vehicles 20%-35% more fuel-efficient than traditional vehicles.

A hybrid vehicle cannot run without a functioning battery. Most hybrid batteries run for around eight years. If your hybrid battery seems to be wearing down, you can bring your vehicle to Dragonfly Automotive in San Diego. We can perform a multitude of services on your vehicle, including auto repair and scheduled maintenance. Some signs your hybrid battery is dying include a decreased fuel economy, fluctuations in the state of charge, and strange engine noises.

What Is Hybrid Battery Reconditioning?

Your Reliable Shop for Hybrid Battery Replacement and Reconditioning

We at Dragonfly Automotive in San Diego are experts in all things auto repair. We've been fixing cars since 2014, and our owner Julio Campos and technicians have decades of combined experience.